Far-end host has dual input interfaces that can be connected to two GPS receiving antennas, and distributes radio frequency signals to 8/12/16 RF output ports through power divider circuit after being amplified by LNA. In the meantime, one-way RF signals are converted into optical signals via optical module and sent to near-end host through fiber port. The near-end host receives the fiber signals from far-end host and restores them into GPS/GNSS         satellite signals, which will be amplified by LNA and distributed by power divider circuit. Meanwhile, RF signals are output by the output port.

Equipped with the latest GNSS signal system management terminal of GEMS, this system can monitor the device's running state, detailed parameters and others in real time. 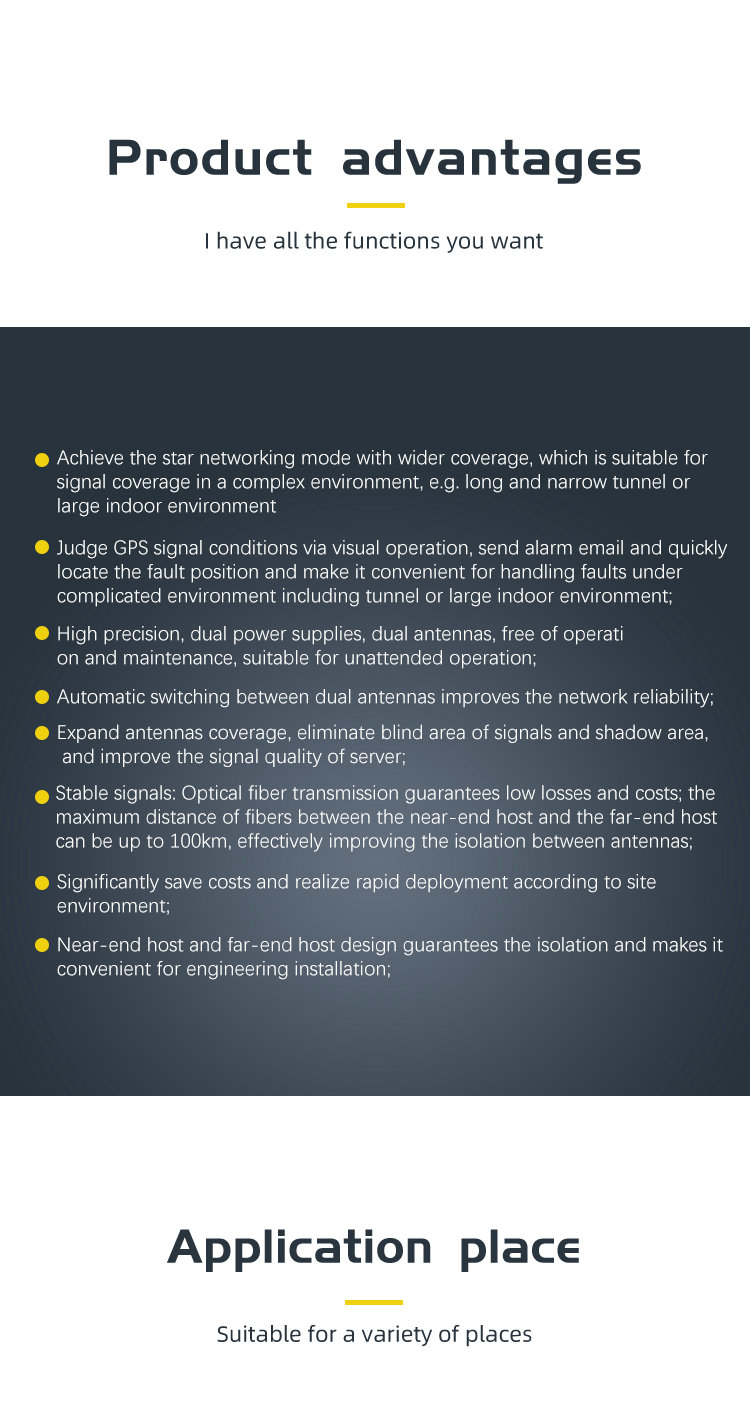 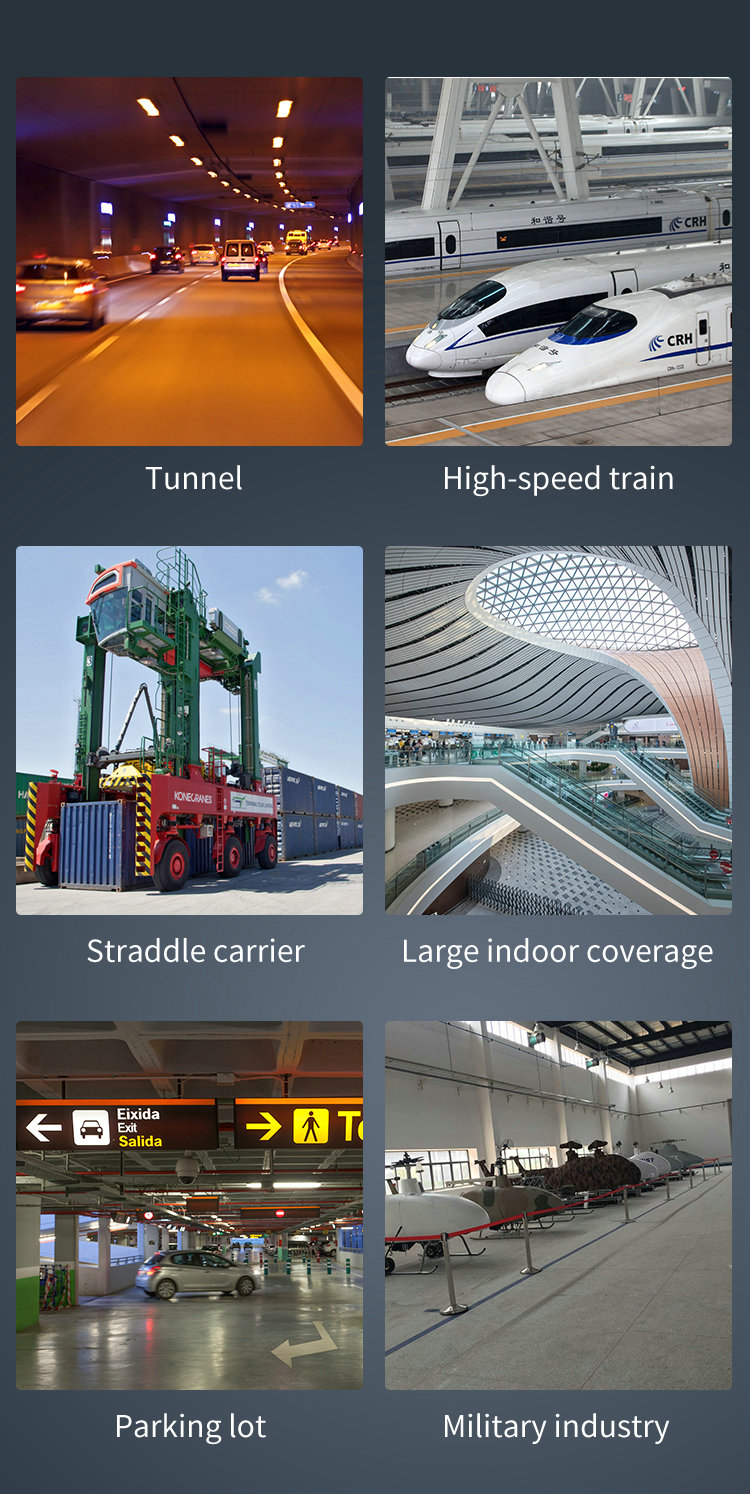